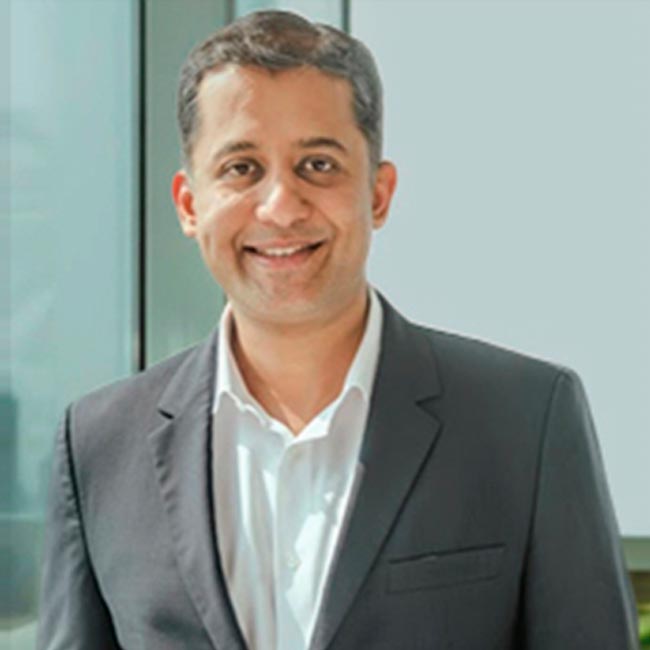 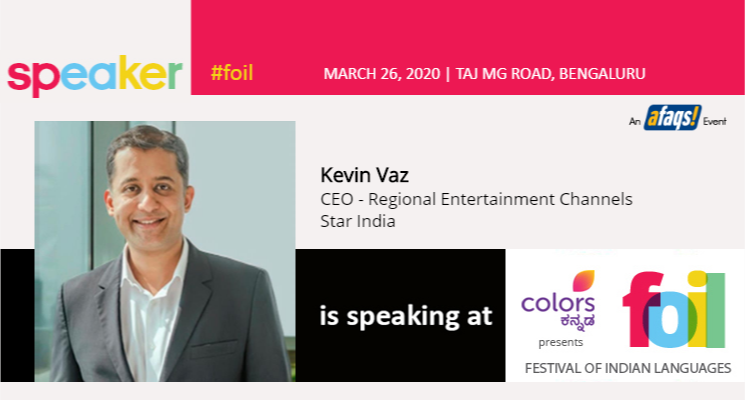 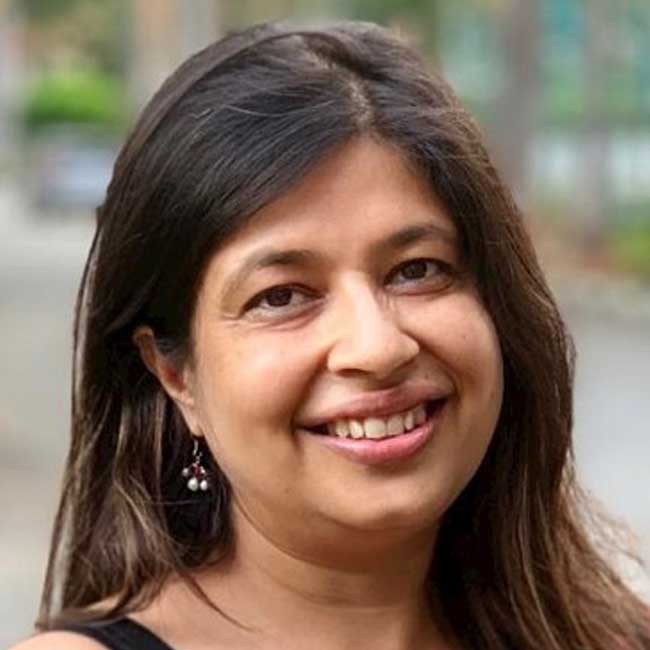 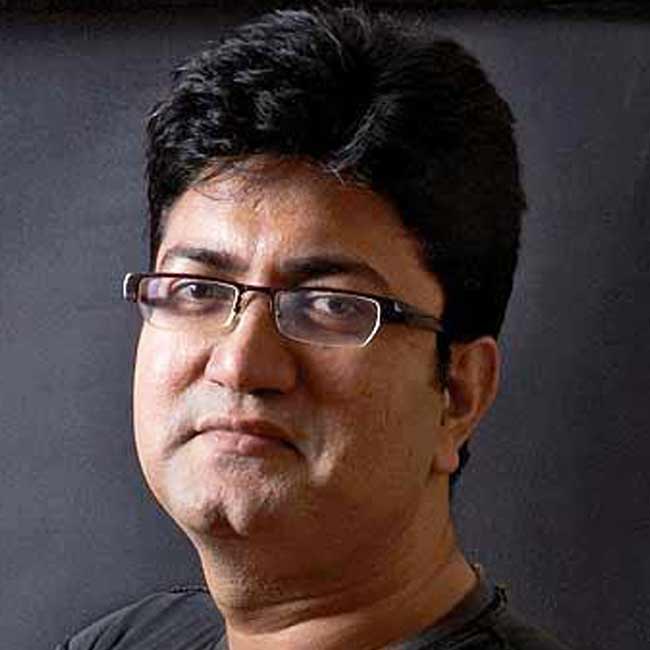 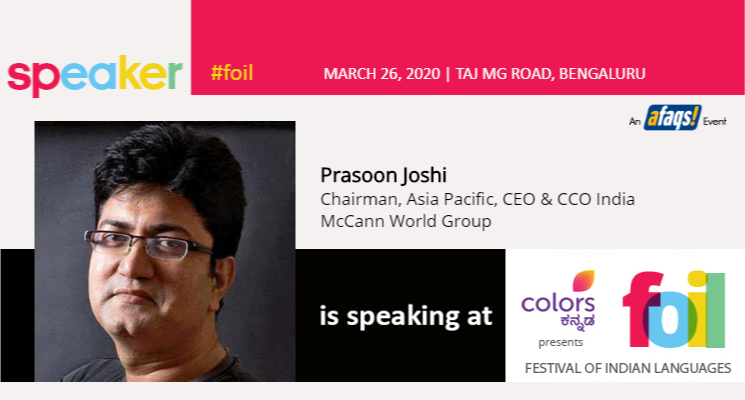 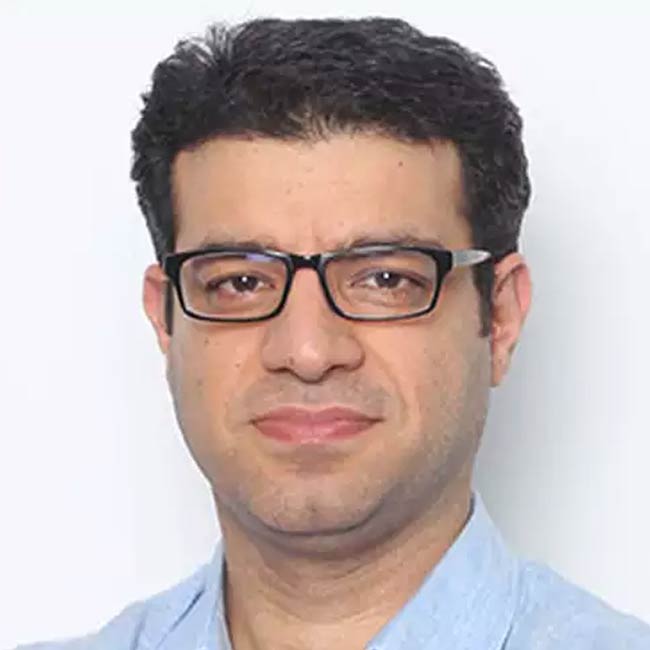 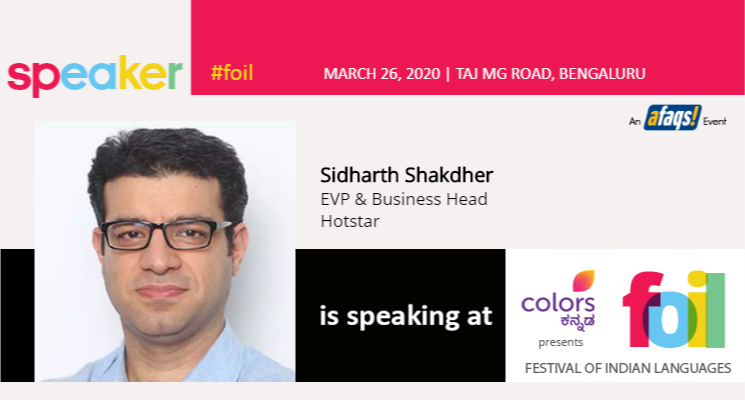 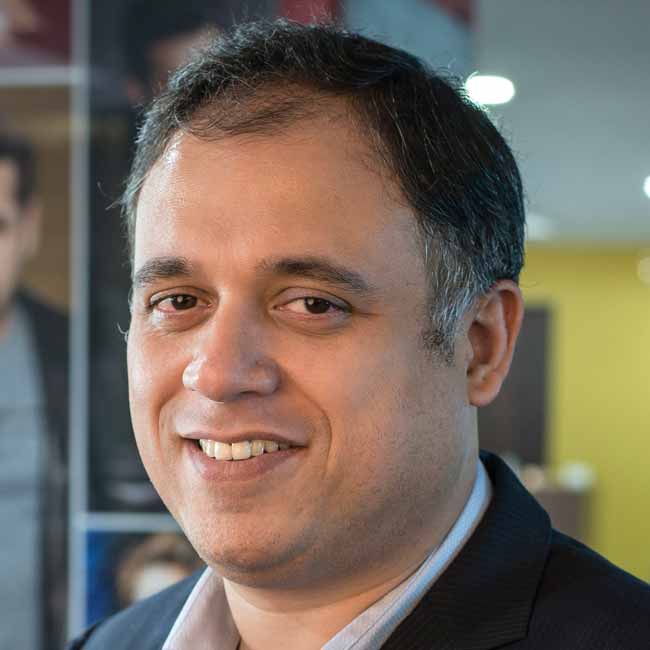 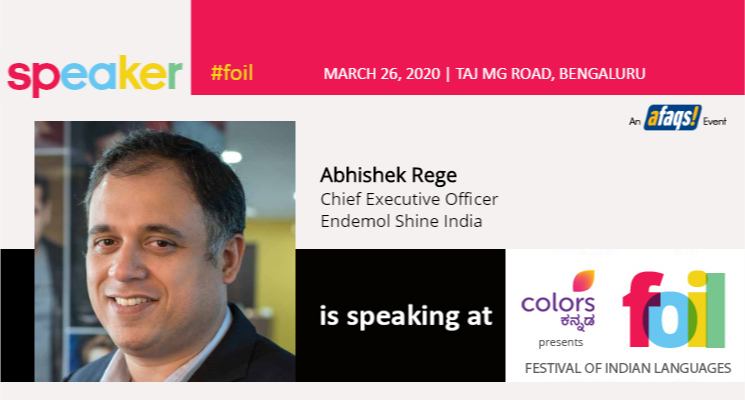 Abhishek Rege is the Chief Executive Officer (CEO) of Endemol Shine India, a part of the world's largest independent production company. Under Abhishek’s leadership, Endemol Shine India in the past few years has transformed itself from being just a non-scripted content company to a company serving content across screens, languages and genres in TV, Films, and Digital. Listed in the Economic Times Spencer Stuart India’s ‘hottest 40 under 40 Business Leaders ‘in 2018 and in the Impact 40 under 40 list in 2019, Abhishek Rege has been pivotal in driving growth at Endemol Shine India, be it in a creative role or that of a business administrator. An empowering leader, he is skilled in attracting and retaining industry talent, building positive employee relationships and tailoring management style to accommodate diverse personalities, skill sets and experience levels. He has also been named as one of Asia’s Most Promising Business leaders of 2019. Prior to his current role, Abhishek as COO of Endemol Shine India, led the company’s over 35m USD (200 crore INR) television business, business strategy and operations of film business in India. An accomplished professional in the media industry, Abhishek Rege has been pivotal in driving growth at Endemol Shine India. He has a proven success record and is accomplished in leveraging comprehensive markets and industry knowledge to ensure high momentum business growth, build a high-performance team and forecast future business needs. Prior to Endemol Shine, Abhishek was a Director of Business Operations for Viacom 18 Media Pvt. Ltd, New Jersey, USA. In this role Abhishek directed all business operations for the Americas (United States, Canada, Caribbean, and South America) including regional advertising business development and station marketing for Apaka Colors and MTV India. As Director of Business Operations, Abhishek boosted revenues by nearly 50% in less than one year, created brand awareness and grew subscriptions by spearheading strategic, multilingual and local marketing campaigns. He also expanded market reach and footprint by initiating distribution in Caribbean region and established MTV India distribution in United States and Canada by negotiating deals with various platforms and operators. Abhishek started his career at Star India where he played a key role in scheduling and acquisition of content for premium and exclusive channels for the Tata Sky DTH service in addition to handling key commercial and compliance roles for the STAR group of channels. Abhishek Rege then joined Trio-Chem Techno-Legal Services Pvt. Ltd. – Pune as Director of Operations post which he joined Endemol India as Head of Commercial and Legal Operations. In his first stint with Endemol India too, the company grew in terms of revenue and net profits and his performance prompted the company to call him back from the USA when it was set for its next growth surge into verticals like Film etc. after an investment from CA Media. Abhishek has a Master of Business Administration in marketing from Symbiosis Institute of Business Management – Pune and is a graduate of the University of Pune, M.M.M.’s College of Commerce. 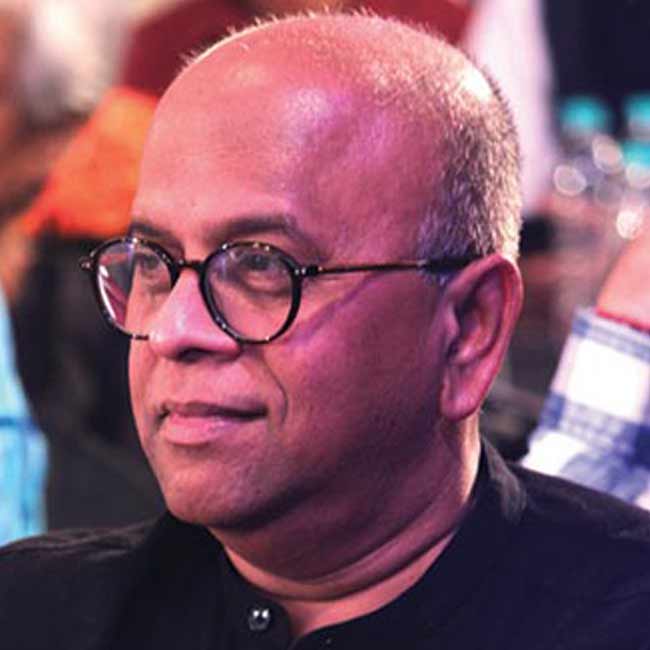 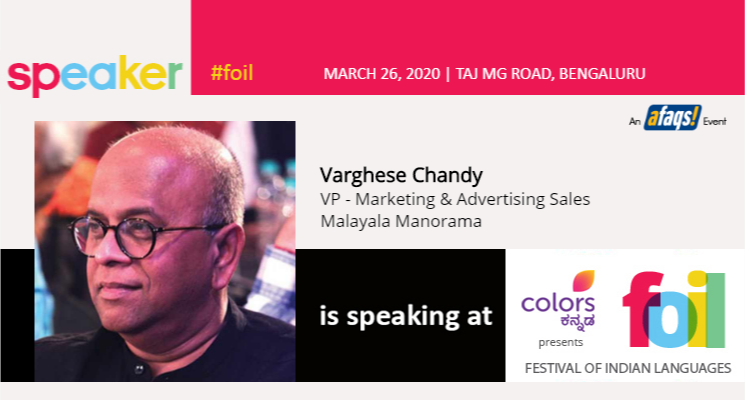 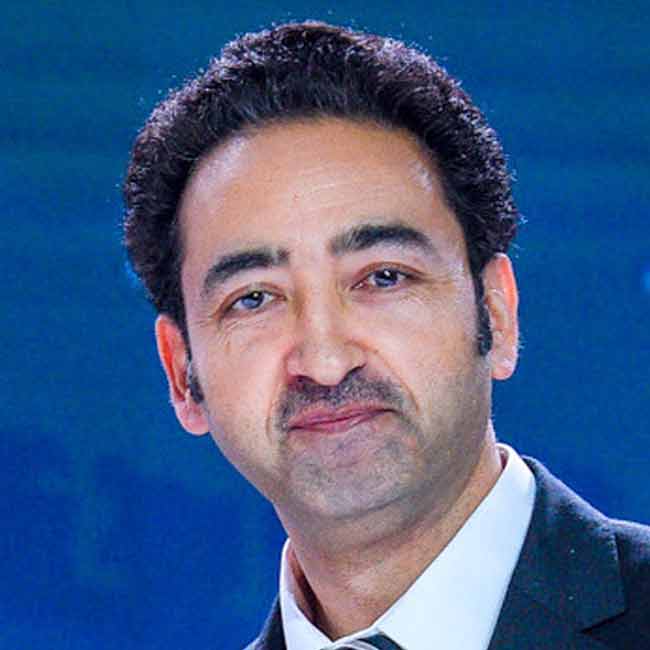 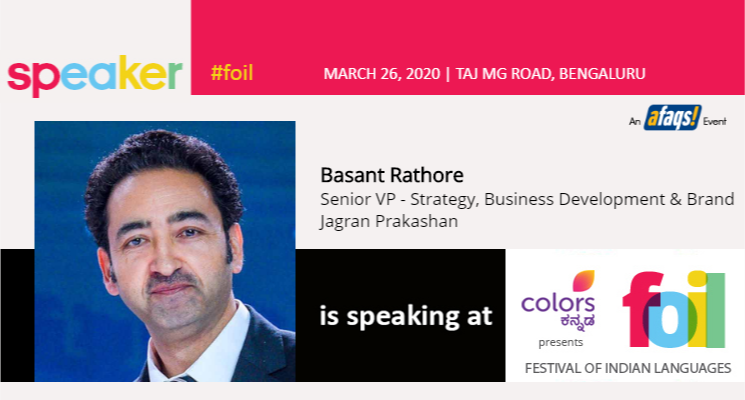 Basant Rathore is the Sr VP, Strategy, Brand and Business Development at Jagran Group. A 1st PGP batch pass-out of MICA, he’s had a long stint in Media Planning at Ogilvy, Mudra, Mindshare and Madison. He’s also a visiting faculty at MICA, IMT and a few other management institutes. He has been with the Jagran group since 2004, and has been at the heart of driving transformational change in the organization. He has steered several campaigns at Dainik Jagran winning several prestigious awards including the Best in South Asia at INMA for the last 3 consecutive years and the Publisher of the Year at Abbys. 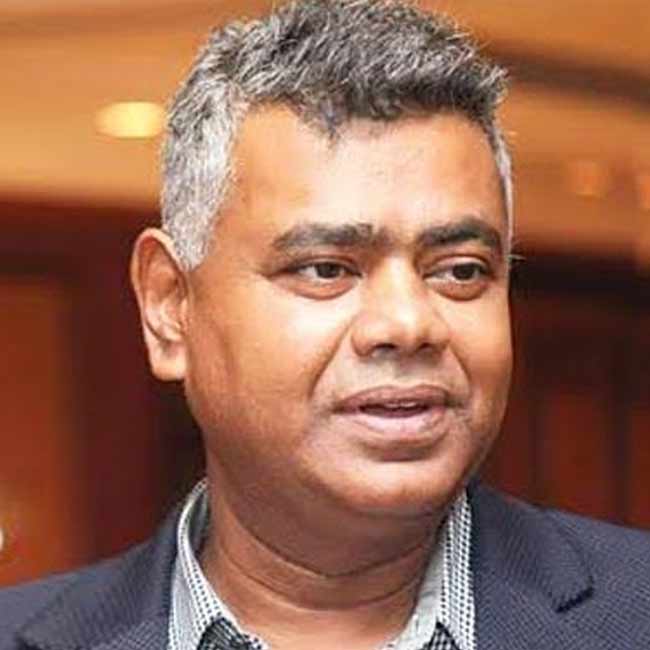 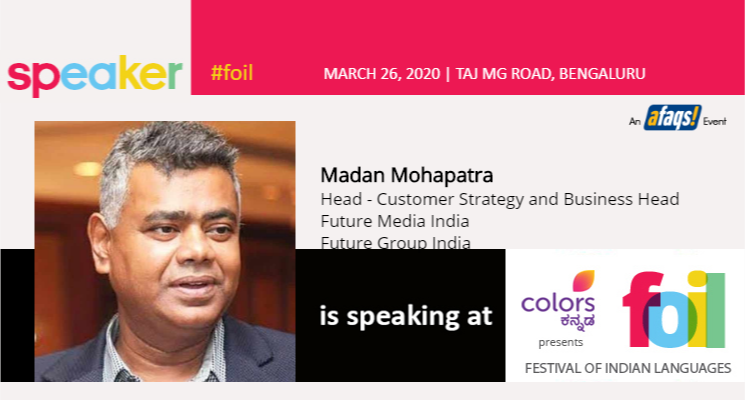 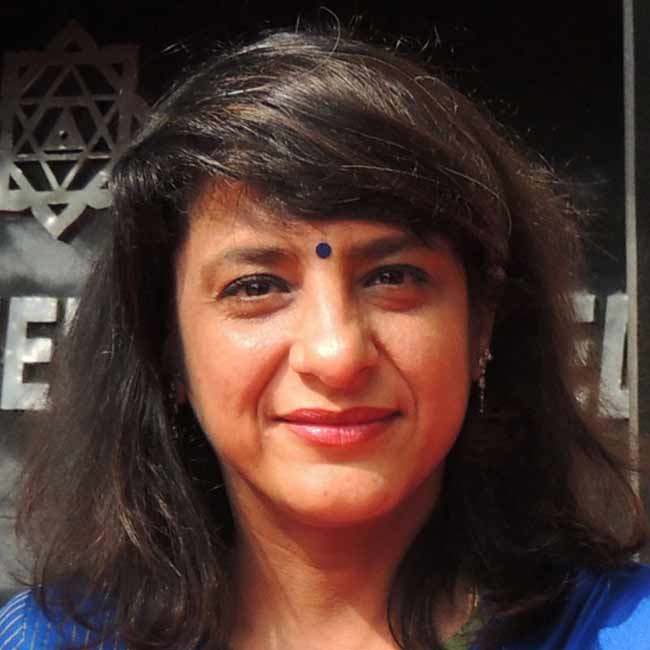 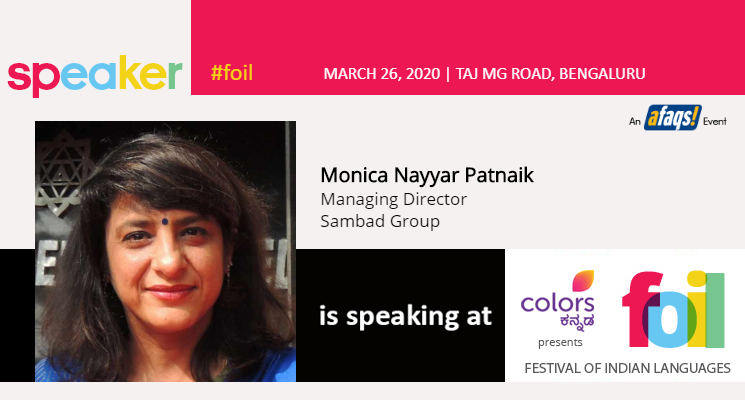 Monica Nayyar Patnaik is a management professional with rich experience of over 24 years. A student of Delhi Public School (R K Puram), she was a three-time topper of the prestigious Hindu College. While pursuing post-graduation in Molecular Biology from Delhi University, she also held fellowships from the renowned Indian Institute of Science (Bangalore) and did business management in international and domestic marketing from Delhi. Furthermore, she has completed a leadership course from University of Oxford, as well. She is the Chairperson of FICCI Odisha State Council apart from being a national governing body member of FICCI- Media & Entertainment Skills Council. She also serves on the governing body of AROI (Association of Radio Operators of India). Monica regularly participates as chief speaker, panellist, presenter in the national fora for media and entertainment and has been a soft skills trainer for IT giants such as IBM, Infosys, etc. 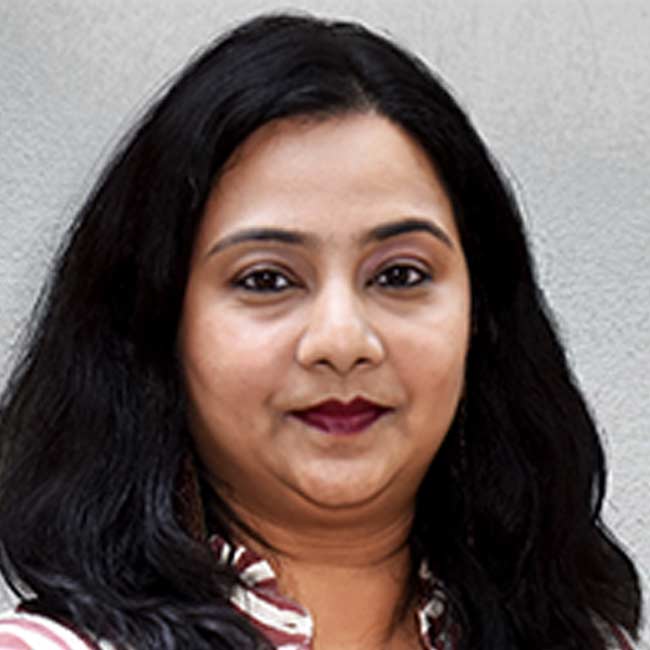 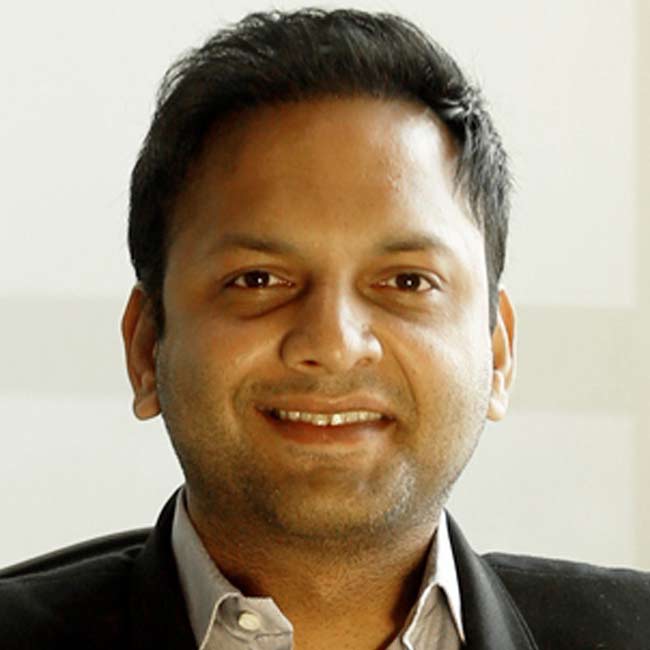 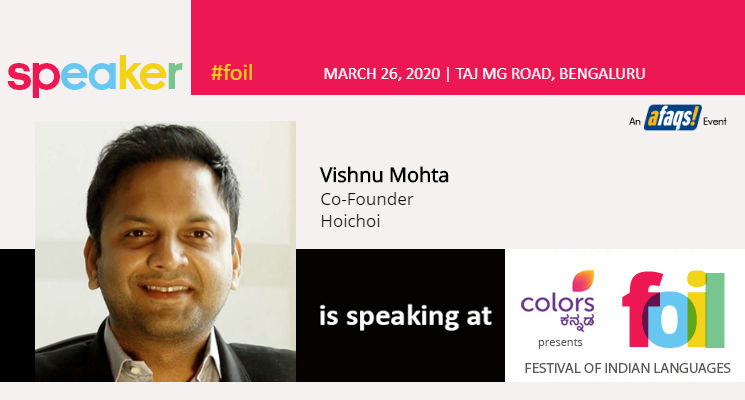 Vishnu Mohta, 37 years old, joined SVF in 2007, as the head of the Digital Cinema business. After making it the largest player in West Bengal and fourth largest network in India within a year of operations, Vishnu now heads the New Media division of SVF Entertainment. He launched its first venture hoichoi in 2017, and successfully made it a leading Bengali entertainment platform which showcases Originals (in the form of web series, films and shorts), Movies and free Music Streaming, targeting Bengalis in India and the Bengali diaspora. Vishnu has worked with KPMG in Risk Advisory and Lloyds TSB in Corporate Strategy in their London offices, in the past. He has a Bachelor of Commerce degree from Bond University Australia and MSc in International Business from Aston University Birmingham, UK. Armed with an exceptional ability for identifying solutions to entrenched problems, helping to collaborate with a solution centric approach across all levels, he has built long lasting profitable business relationships. Vishnu is a member of prestigious organizations including Entrepreneurs Organization (EO) and The Indus Entrepreneurs (TiE). He is also a member of Beta Gamma Sigma (BGS), a society of top 10% students from the best B schools in the world. It is the highest recognition a business student, anywhere in the world, can receive in a business program accredited by AACSB International. Experienced in Corporate Finance and Strategy, with strong analytical and interpersonal skills, Vishnu has an in-depth understanding of the Media and Entertainment industry. 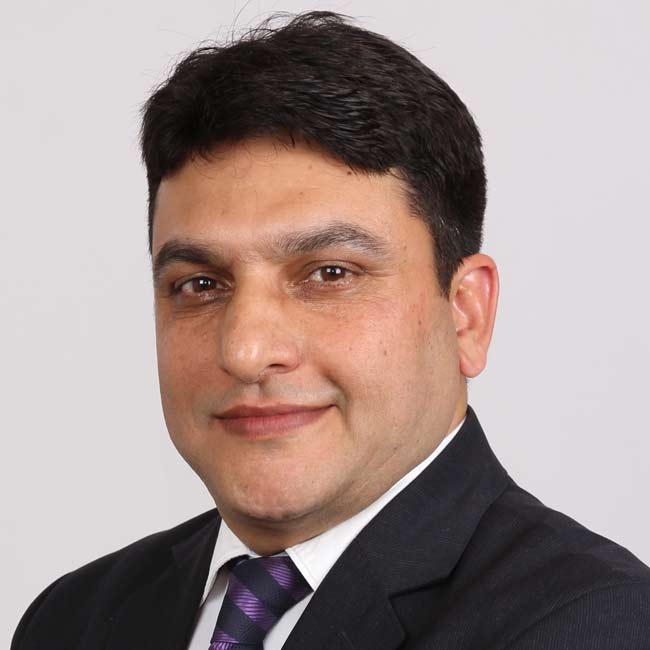 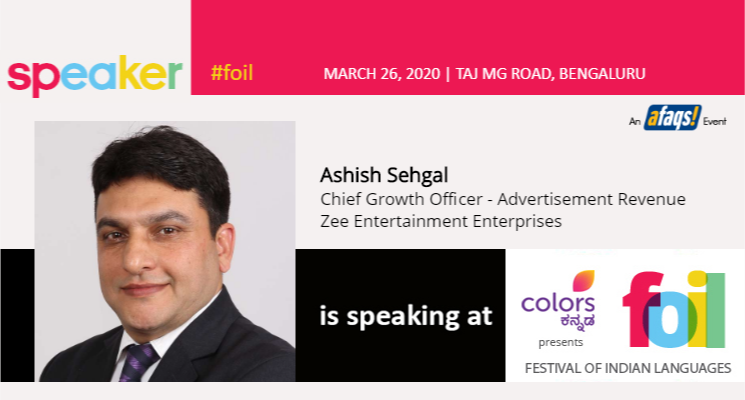 Ashish Sehgal has been associated with ZEE Entertainment Enterprises Ltd. since January 2006. As the Chief Growth Officer – Advertisement Revenue, he plays a strategic role of synergizing the network assets of the media & entertainment powerhouse, to generate revenue and enhance the value of the organization. Leveraging the experience of over 20 years in creating value for the overall media & entertainment industry, he conceptualized and implemented a unified revenue generating vertical in ZEE, with a pure focus on customer and imbibed a platform agnostic approach leading to enhanced revenue generation opportunity for every entertainment or information platform of the Company. Ashish was previously associated with Star India Pvt. Ltd. at a National Head Level, before managing the overall network’s sales. Prior to that, Ashish has worked at Buena Vista TV. He started his career with Times Group in 1994, where he contributed to the launch of the country’s first FM channel. Ashish is a Commerce Graduate from Delhi University with a Specialized Degree in LLB from Symbiosis and has done a Programme for Strategy & Growth from IIM Ahmedabad. 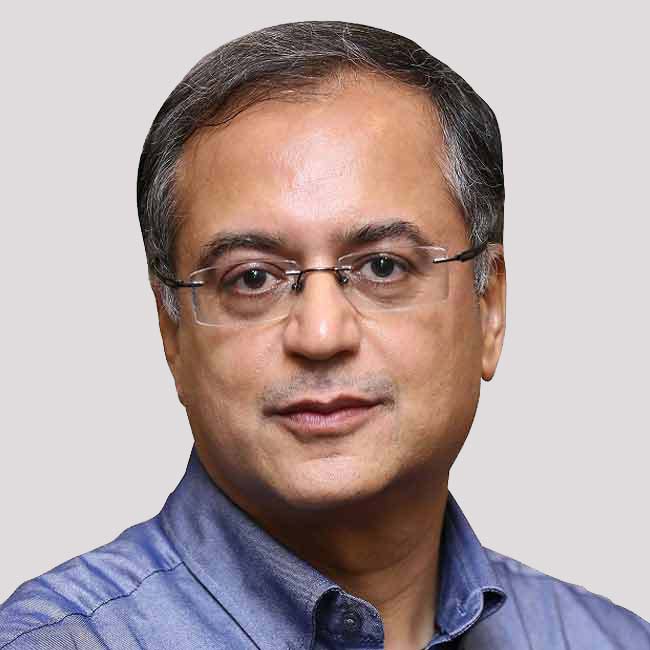 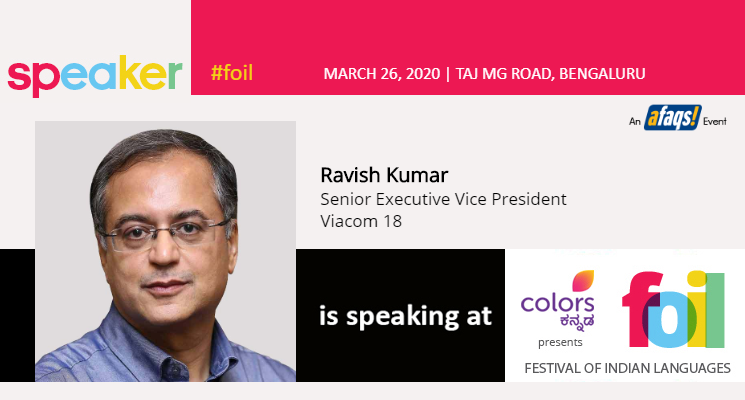 When it comes to growing a brand with differentiated content or rejuvenating legacy brands, Ravish Kumar is a commanding voice in the game. In his role as the Head of Regional TV Network, Ravish works towards elevating the consolidated Regional broadcast portfolio, consisting of COLORS Bangla, Kannada, Super, Odiya, Marathi, Gujarati, Tamil and the very recently launched Colors Kannada Cinema to the stature of Hindi mass entertainment channels. He also aims to drive industry trends through innovation and building a cost effective yet vibrant eco-system in the regional markets. Prior to joining Viacom 18 in 2011, Ravish was the Executive Vice President & Business Head - Regional Channels at Star TV and a Global Category Director at Reckitt Benckiser. He brings more than 23+ years of experience in building brands, driving innovation, creating high performance teams and delivering superlative business results across leading Fortune 500 companies in the US, UK and India. He has worked in Senior Managerial and Director level capacities across sectors including FMCG and Pharmaceuticals before moving to Media and Entertainment. His stellar achievements include making Dettol the fastest growing global brand at Reckitt Benckiser and winning the President’s Award for phenomenal growth Bristol - Myers Squibb, Ravish was also on the Dean’s List at the prestigious J.L. Kellogg Graduate School of Management from where he graduated with an MBA in 1998. His impeccable academic credentials also include a Bachelor’s degree in Economics from St. Stephen’s College and an MBA degree from FMS, Delhi. Ravish is a recently minted fitness enthusiast and has inspired many around him to move to a healthier lifestyle. He enjoys playing competitive badminton and reading. He loves to travel and enjoys planning the journey and exploring the destination. His family includes his wife and two children - a daughter and a son – who teach him something new every day.